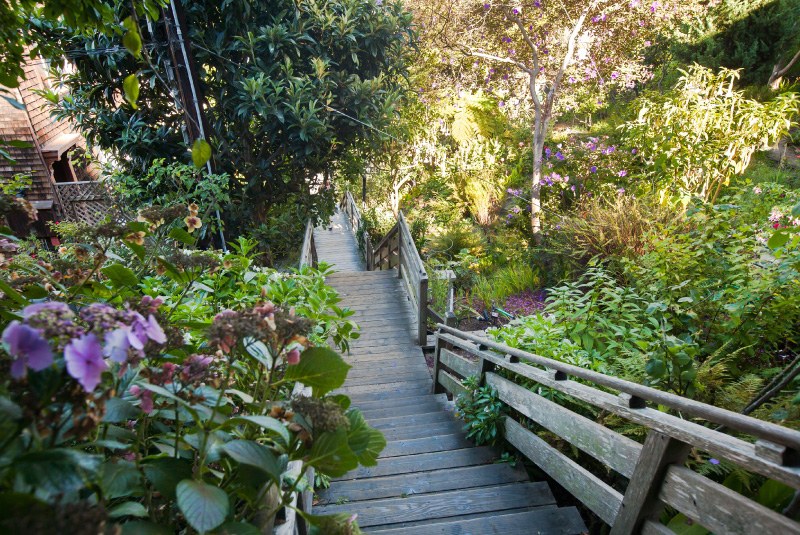 Telegraph Hill is one the city's oldest neighborhoods, inhabited long before the Gold Rush by the men who worked on the nearby waterfront. Today, Telegraph Hill is home to the largest concentration of pre-1870 buildings in San Francisco. The neighborhood still bears witness to those glory days. As ships unloaded their cargo, a quarry at the top of Telegraph Hill supplied the rocks they needed for ballast, and today, the exposed cliff face above Broadway remains one of the neighborhood's defining features. Browse our selection of Telegraph Hill homes for sale.

Coit Tower, named after the heiress who donated the funds to honor San Francisco's firefighters, dominates the skyline of the community. While steep, the slopes of Telegraph Hill lead to the Financial District, Fisherman's Wharf, and the waterfront, making this an extremely walkable neighborhood. The Filbert Street Steps, one of the many wooden walkways that criss-cross this community, provide a pathway up the hill from Levi’s Plaza. Fortified with a meal from Il Fornaio, climbers can take the steps to Coit Tower, past flowering community gardens and towering trees colonized by wild parrots. The view from the top of Coit Tower draws tourists from around the world.